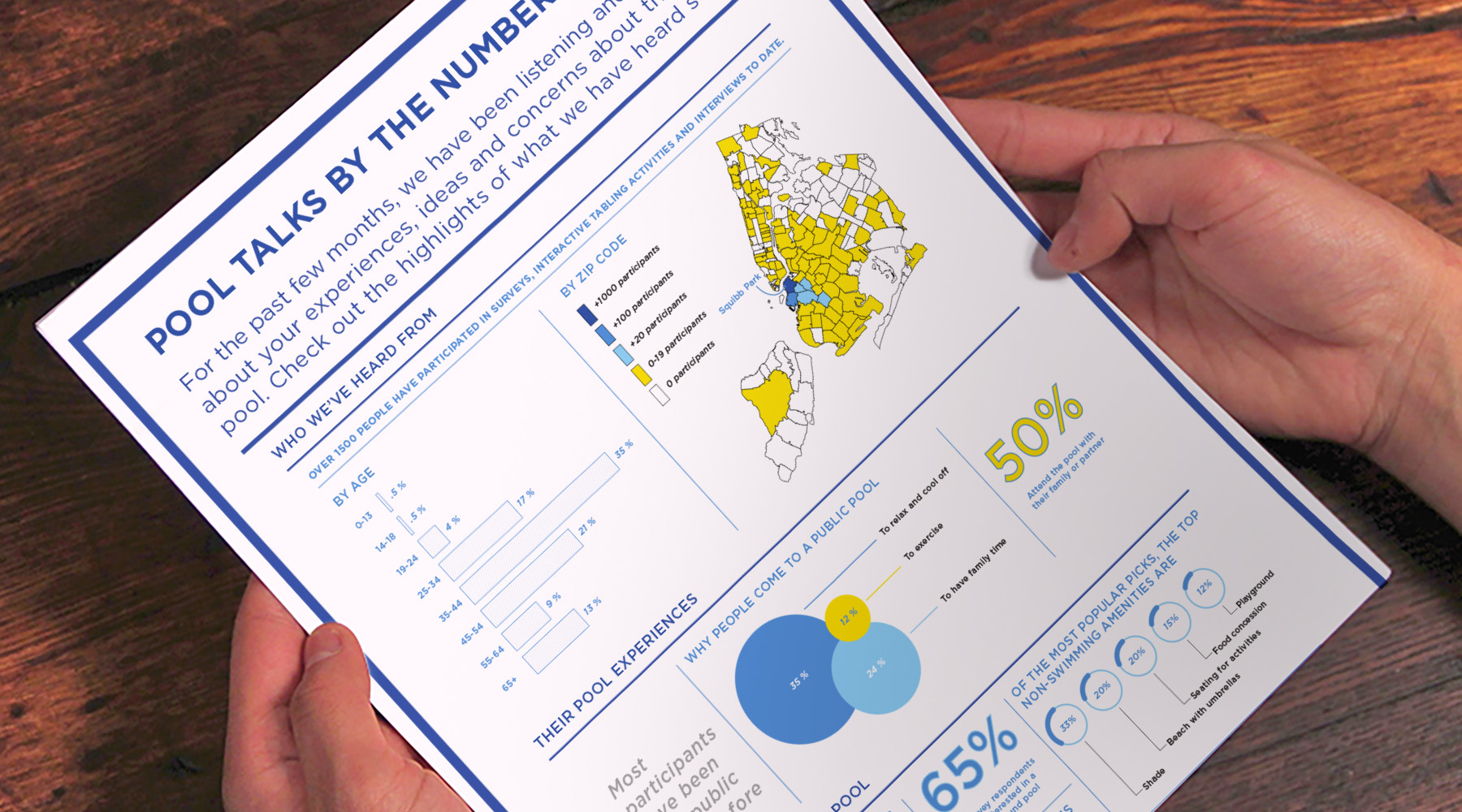 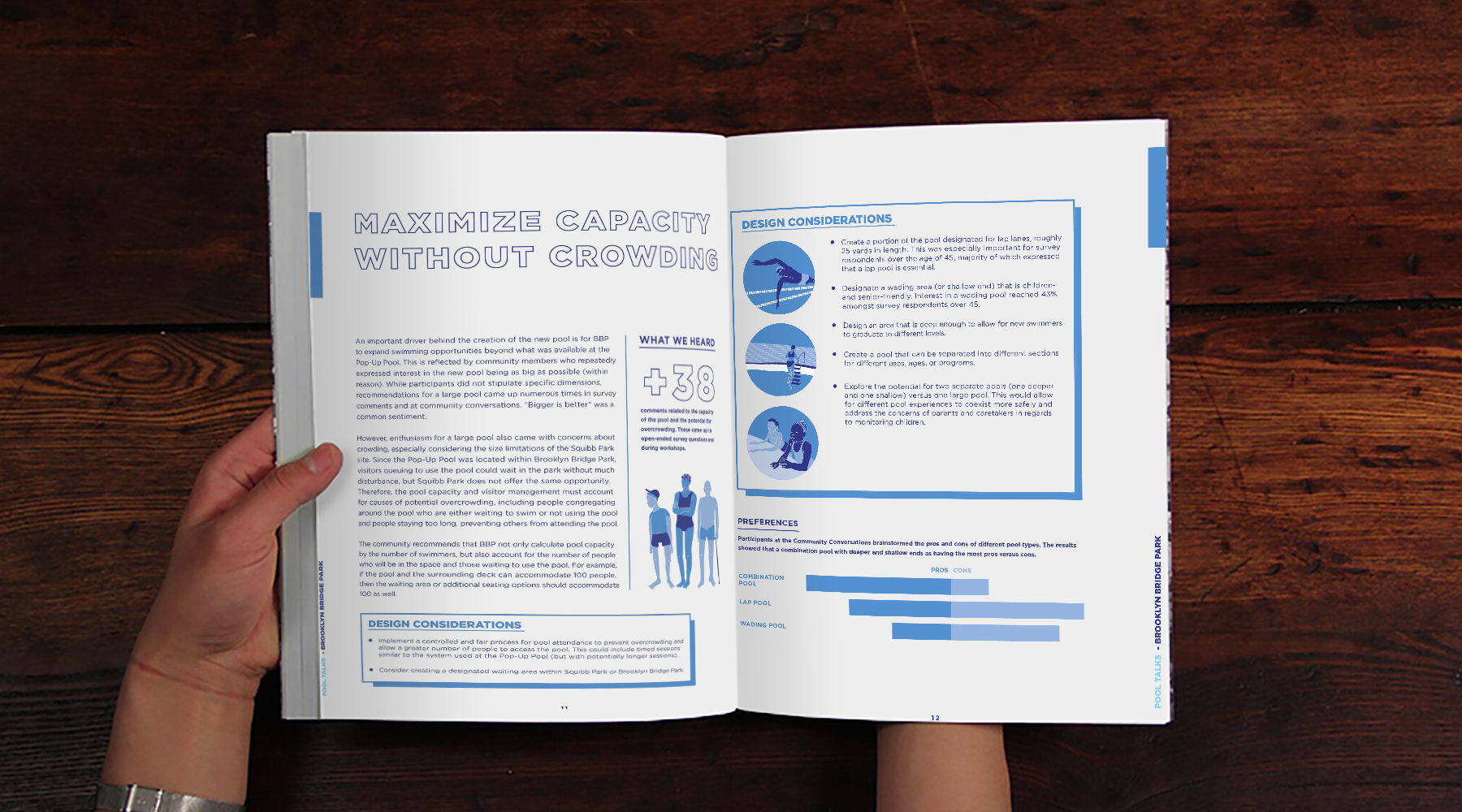 Gathering community input for a new public pool in Brooklyn

Brooklyn Bridge Park is an 85-acre sustainable waterfront park that stretches 1.3 miles along Brooklyn’s East River shoreline. The Brooklyn Bridge Park Corporation (BBP), an organization who plans and operates the space, has long sought to expand the park’s amenities to include a permanent pool. After creating a temporary pop-up pool in 2007, which received immense interest, BBP landed on a site for the pool in 2018. In order to help them build a pool deeply reflective of their unique community, they enlisted TYTHEdesign to design and facilitate a community engagement strategy and campaign to learn about the experiences, ideas, and concerns of the park’s broad and diverse audience.

Over the course of three-months, Pool Talks amassed the insights of over 2,000 community members, including avid park goers, neighborhood residents, elected officials, community groups and associations, and park staff.

TYTHE translated all the insights gathered during Pool Talks into a public report, which outlines a series of community priorities about the design and management for the new pool. The priorities—including everything from the shape and size of the pool, its programming, surrounding space, and the impact it has on the neighborhood— will be the basis for a Request for Proposals released by BBP to potential designers and architects.
.