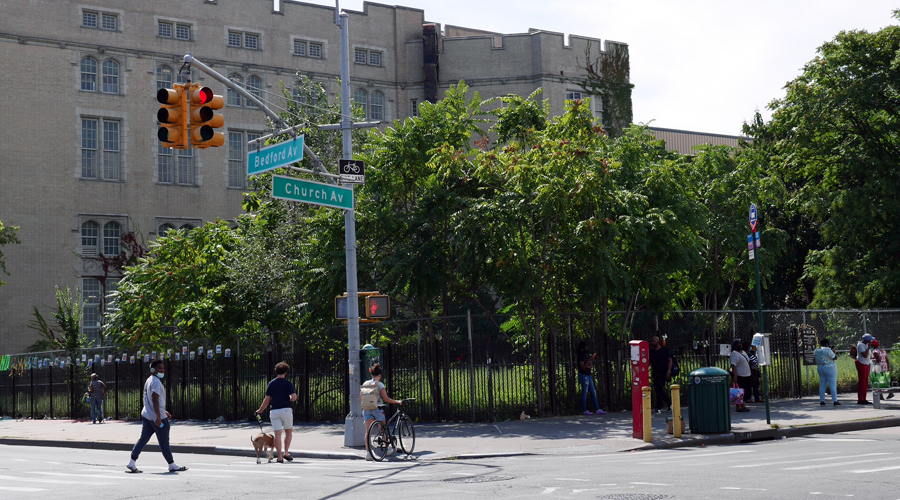 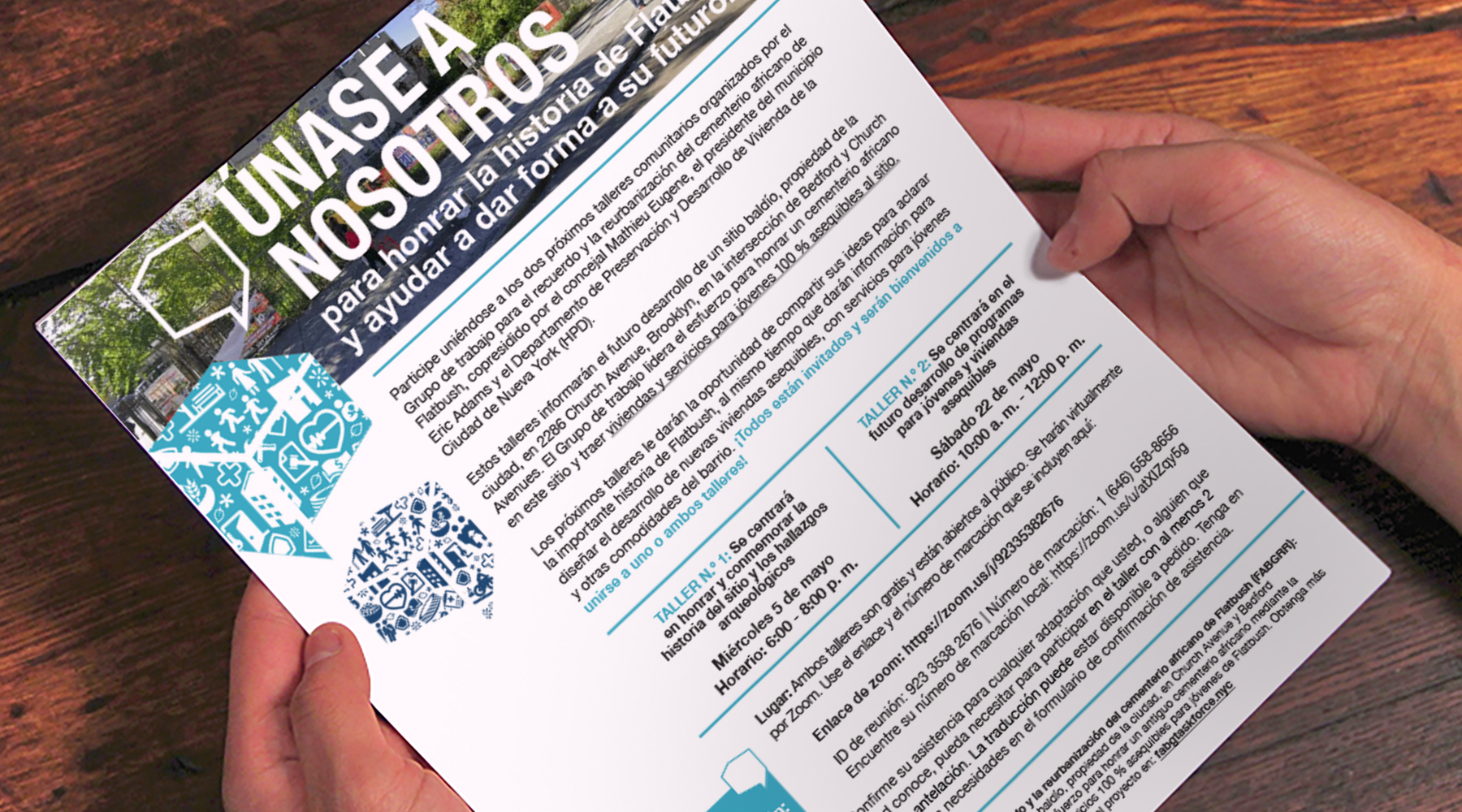 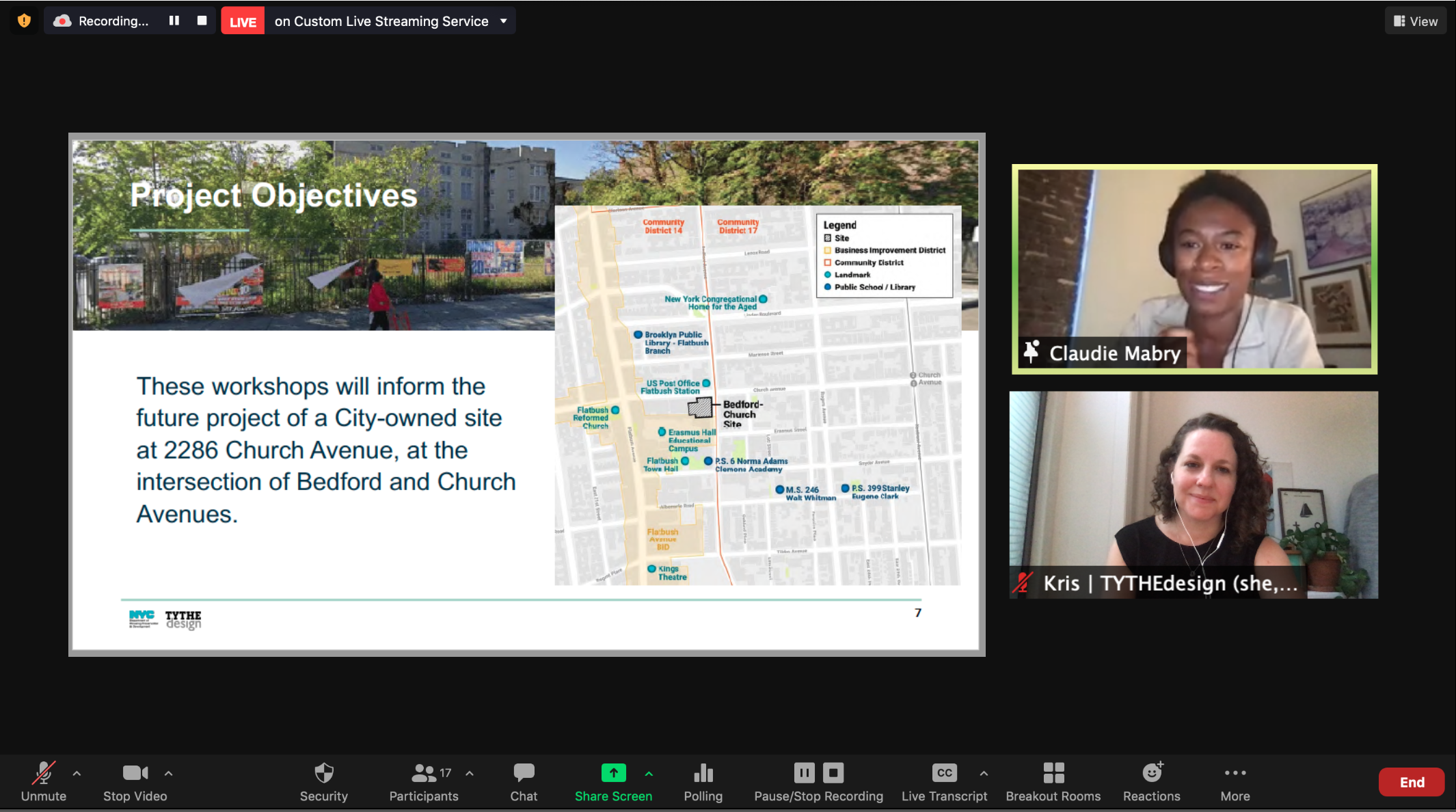 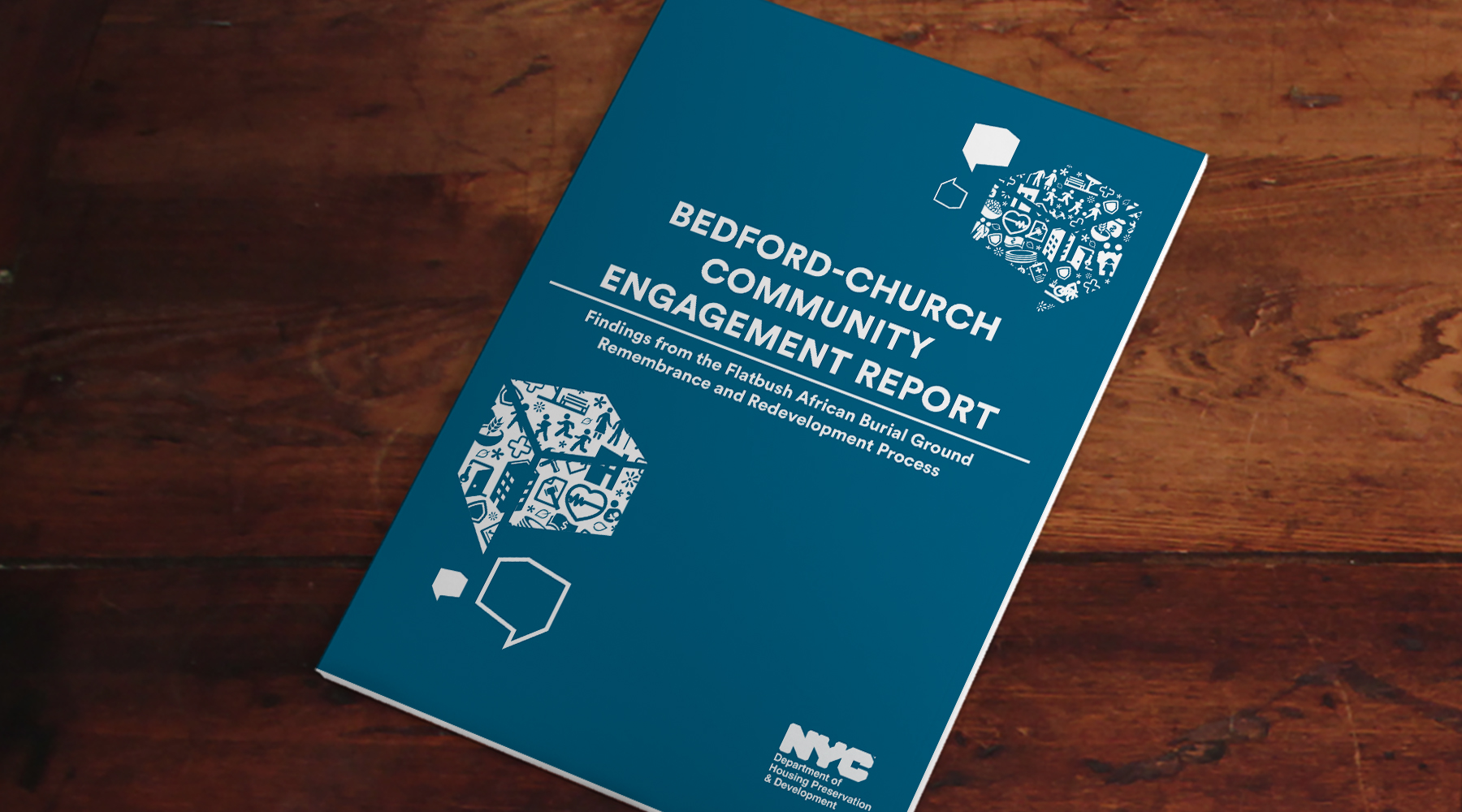 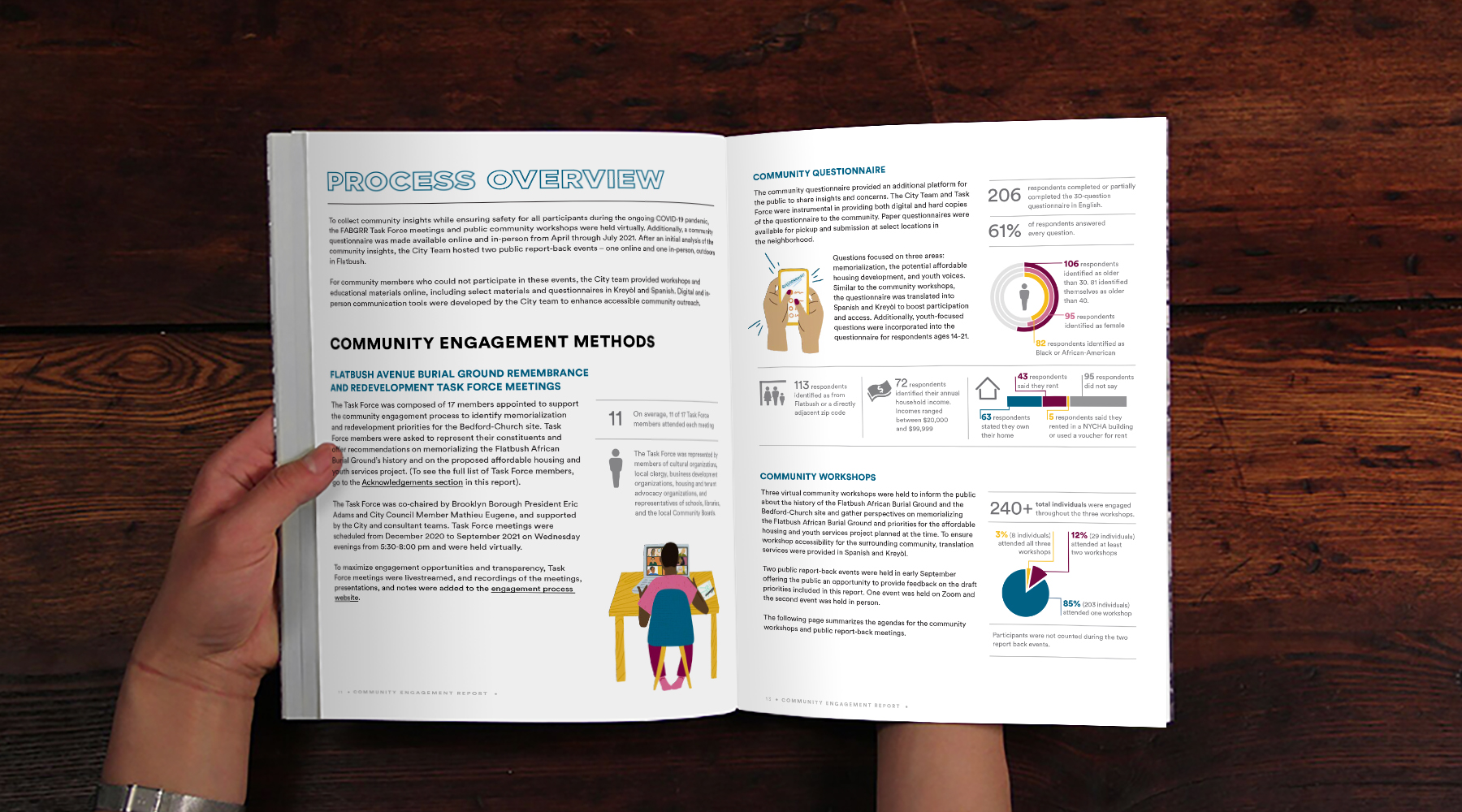 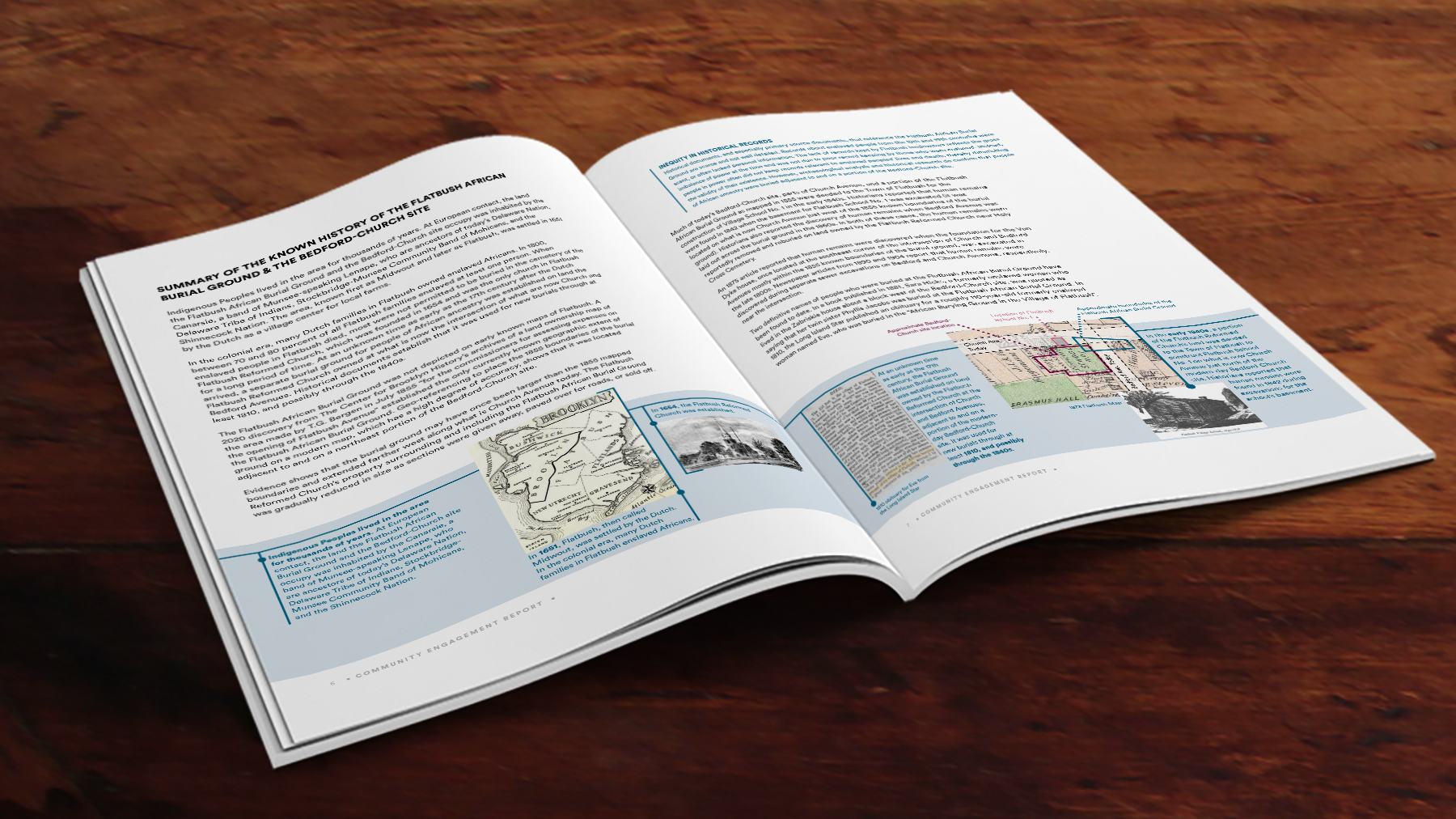 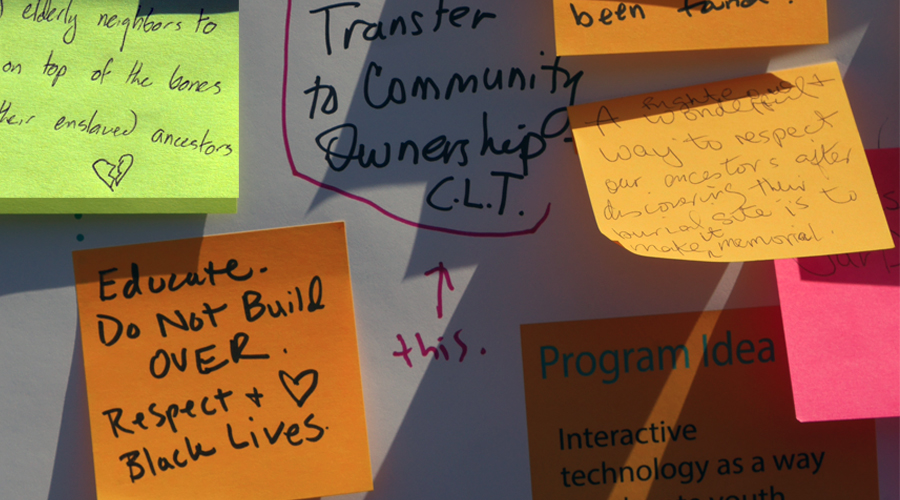 Visioning the Future of a Site by Honoring its History

In October 2020, Mayor Bill de Blasio and Brooklyn City Council Member Matthieu Eugene announced plans to redevelop the site at the intersection of Bedford and Church Avenues into 100% affordable housing and youth-focussed community programming. This site, which formerly housed Public School 90, is also entrenched in history deeply connected to slavery in New York City, as the former Flatbush African Burial Ground was confirmed to be discovered during archeological excavations in past years.

The NYC Department of Housing Preservation and Development (HPD) in partnership with the New York City Economic Development Corporation (NYCEDC), the New York City Landmarks Commission (LPC) and Historical Perspectives Inc. (HPI) a cultural resources management firm (also known as the ‘City Team’) are tasked with the site’s redevelopment through the RFP solicitation of a Development Team to meet the community’s vision. To support this task, the City Team appointed 17 neighborhood-based stakeholders across civic and social sectors to lead as the Flatbush African Burial Ground Remembrance and Redevelopment (FABGRR) Task Force. Understanding the important role that the Task Force would play in supporting an honest engagement with the public that prioritizes the site’s history through awareness building, memorialization, and honoring the enslaved and freed African connected to the burial ground, TYTHEdesign was hired by the City Team to lead this thoughtful engagement.

Launching in December 2020, TYTHE designed and facilitated seven virtual Task Force meetings during the course of the project’s nine months. Task Force meetings were designed to support team building and goal setting, knowledge building around the site’s history, and strategic visioning to support future memorialization, affordable housing development, and community-based programming. In addition to Task Force engagement, TYTHE supported community engagement for the broader public, facilitating three robust community workshops, and designing a community questionnaire. All engagements were facilitated by TYTHE virtually, and provided multilingual access in Spanish and Haitian Kreyol, as well as livestreaming of the Task Force meetings to boost the transparency of their agenda.

TYTHE also designed a communications strategy to support the development of outreach materials in collaboration with the Task Force and City Team. These materials included a project website, social media outreach, as well as flyers and a banner posted at the site’s location. In addition to supporting the engagement of the Task Force and broader community, TYTHE also supported the capacity-building of the City Team to lead a thoughtful and intentional community planning process. Through project management and ongoing communications, TYTHE supported the City Team in their facilitation with the public, best practices for virtual engagement, stakeholder management, and navigating difficult conversations.

As this project took place during the COVID-19 pandemic, it also provided TYTHE with an experience to take virtual engagement into account during project planning. This allowed TYTHE to work with the City Team at the onset to cultivate a set of strategies and best practices that led with equity, access and inclusion in mind, and allowed community members across Flatbush to engage with the project through a variety of digital means.

Reporting on the Community’s Priorities

The insights shared across Task Force meetings and community engagement with the broader public were all organized and analyzed by TYTHE to create a Community Engagement Report for the project. This Report supports the City Team’s solicitation process of a Development Team that will effectively support this site development. The Report provides different community priorities for honoring the site’s history, memorialization, and the development of affordable housing, in addition to a comprehensive presentation of the site’s history, and what the relationship between the FABGRR Task Force, the City Team and the selected Development Team should look like as the project moves into its next phase. Most importantly, the Report gives a voice to the community impacted by this process.