REC: Celebrating a Decade of Growth with a New Look 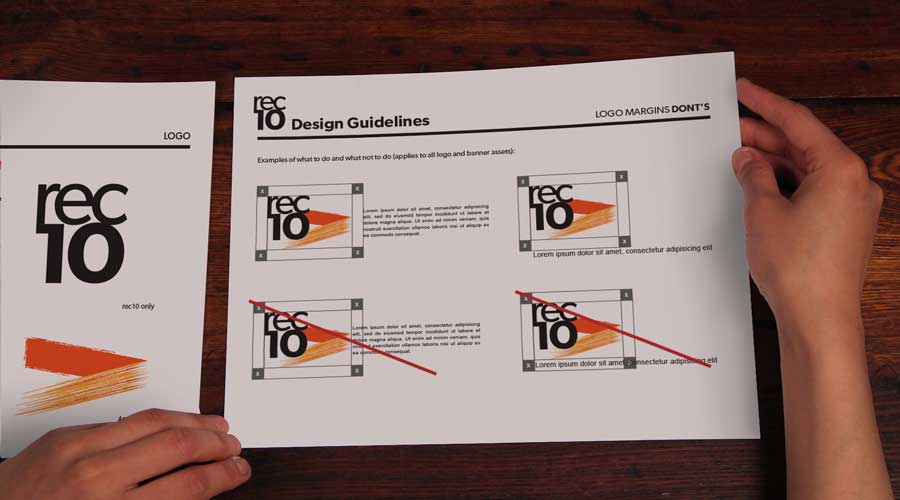 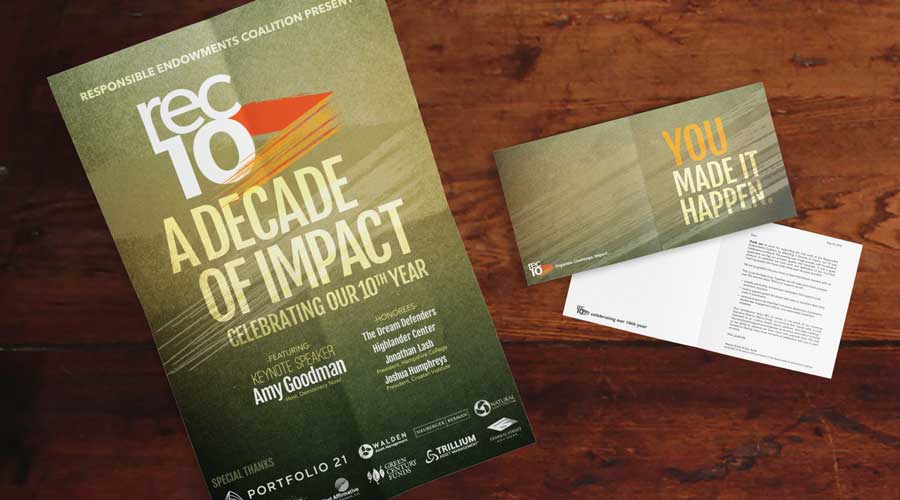 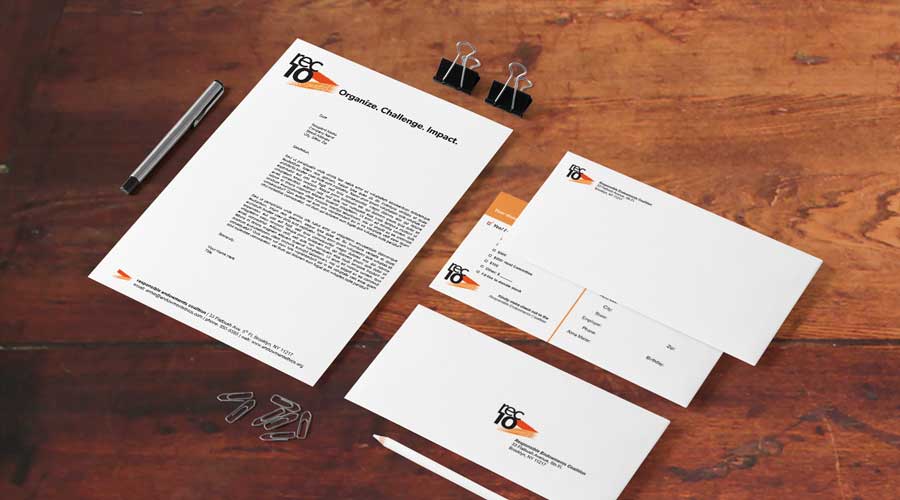 Helping an institutional investment nonprofit tell their story of growth.

The Responsible Endowments Coalition (REC) mobilizes diverse university stakeholders to advocate for more purpose-driven investments by their institutions. Approaching its tenth year of work in 2014, REC sought a means to use this milestone to continue fostering its national network of collective action.

TYTHE collaborated with REC to create a tenth anniversary campaign, leading with a strategy session to determine a design direction, attract target attendees, and illustrate organizational maturation over the past decade. This collaboration resulted in a milestone logo at the cornerstone of the campaign, building a personal look that could be adapted and scaled across platforms to suit REC’s needs throughout the campaign’s duration and culminating fundraising event.  The finalized logo and collateral highlights REC’s progress, not only as an organization but as a movement to perpetuate value-driven investment across campuses in the US.

A Celebration of Divestment Progress

The finalized logo and collateral highlights REC’s progress, not only as an organization but as a movement to perpetuate value-driven investment across campuses in the US. Celebrating REC’s grassroots origins while communicating the organization’s professional progress, the logo and visuals were used throughout their decennial year

The anniversary fundraiser sold out with standing room only and surpassed REC’s fundraising goal. Tickets for the event oversold by 75%.